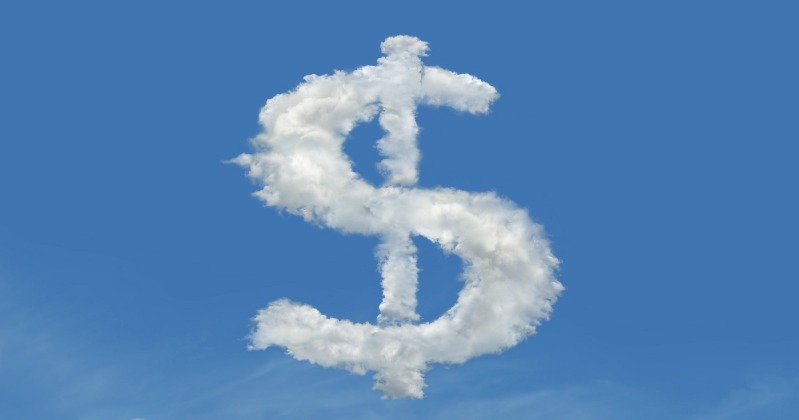 The topic of cloud computing pricing is evergreen: controversy about how much public cloud computing really costs and whether on-premise cloud environments can be less expensive is endless. And certainly it’s not obvious what the real answer is. If we look at analog situations, it’s clear that buying vs. renting can be less expensive over a given time period; for example, over a four-year period, it is cheaper to buy a car than rent it from Hertz.

There are many who assert that running your own hardware infrastructure, for the same reason that buying a car is cheaper than obtaining it on a rental basis, is bound to be less expensive than using a public cloud provider. The justifications for this run from the reasoned (as in Chuck Hollis’ blog) to the ludicrous (as in this recent blog posting that claimed running your own hardware is less expensive because you don’t have to hire anyone to manage it).

The rationale for those holding this opinion boils down to:

Taking the same cost structure, tacking on an on-demand surcharge, and adding on a margin for profit indicates that on-premise is bound to be less expensive. Right?

I have to say, I am not convinced by this reasoning. In fact, I’m not sure that any of the factors cited are true, and find it easy to believe that they’re almost always false — particularly for the webscale public providers, which are the only ones really worth discussing, and likely to be the only ones left in five years.

Let’s look at the cost input structure. If you examine the figure below, it lists the major inputs into running a cloud environment.

Taking each factor in turn:

Reviewing the cost categories, it’s public cloud providers 6 – 0 over private cloud. So you can understand why I’m perplexed when I hear people assert that they can operate a private cloud less expensively than one of the large public providers. And this is not even to address the issue that most IT organizations have no detailed understanding of their costs; their budgets are often spread across several departments and are never analyzed to provide true marginal costs broken down to specific resource units, e.g., server-hour. In fact, most of the time, the putative cost advantage of a private cloud is breezily asserted with no evidence save for an unsupported certainty that, by being “on the side” of users (i.e., part of the same corporate entity), internal IT must be more cost-effective than a profit-seeking external entity.

The problem with that perspective is that it assumes cloud operating costs are  analogous to the situation described at the beginning of this post: renting a car vs. buying one. In the car world, while Hertz can buy a car less expensively than an end customer can, there’s only a small difference in actual cost to Hertz and an end user. I don’t believe that analogy is at all accurate; while the cost savings a cloud provider achieves by designing and directly procuring servers may only be 15%, the total cost savings available to a cloud provider summed across all six categories might be as much as 75%. That is to say, a virtual machine costs a cloud provider one quarter what it costs a private cloud operator — $.25 compared to every dollar the private provider costs. Even adding in a profit margin to the public provider of 10% leaves it less than half the cost of a private cloud alternative.

Of course, even if public providers have a cost advantage, that doesn’t necessarily mean that they will reduce their prices sufficiently to make using a public provider less expensive than an on-premise environment. Despite Amazon’s (and now Microsoft and Google’s) ongoing price cuts, there are those who assert (as in this piece by competitor ProfitBricks) that Amazon, far from offering really low prices, is actually milking its offering for very high margins. This perspective is somewhat supported by this article that quotes Gartner’s Kyle Hilgendorf that cloud users aren’t really interested in price cuts and are more focused on the richness of the provider services, which benefits Amazon as the provider with the richest offering functionality.

I think this perspective has some validity. The big three public providers (AMG) are building out capacity like crazy and Amazon, in particular, is experiencing sky-high growth. While Amazon is extremely secretive about its revenues and infrastructure numbers, its one public indicator  — the number of S3 objects it manages — indicates the scale and growth it is experiencing.

Using S3 object numbers  as a proxy for overall AWS scale and growth, it seems clear that, if ProfitBricks’ assertion is correct,  too-high AWS prices aren’t deterring users from embracing the service. In fact, it may not be clear that lower prices would do Amazon any good and might, in fact, alienate users. In my CIO.com blog, I did an analysis of Amazon’s capital investment, based on its frequent statement that each day it installs as much AWS capacity as it used to run all of Amazon in 2003, and concluded that it had to install 6.5 million dollars of equipment each and every day to achieve that capacity. I could be off significantly from the real number, but it’s clear that Amazon is investing a very large amount in its computing infrastructure, day in and day out. It’s likely that just keeping up with that level of investment taxes Amazon’s ability to the limit; lowering prices further would just result in even more users piling on, which would make Amazon’s daily struggle even worse. In other words, Amazon can barely keep up with demand as it is, so there’s no need (or point) to cutting prices to some, supposedly “fairer” level.

Cloud Computing Prices: How Low Can They Go?

The big question is, just how low can public cloud computing prices go? There is, of course, an irreducible minimum price level that, absent a willingness to absorb losses on a long-term basis, below which a public provider cannot go. I think it’s fair to say that we are not yet at that level, and of course the level drops as future hardware gets cheaper through the workings of Moore’s Law. The providers treat their cost structures as proprietary information, so it’s unlikely that any of them will publish numbers.

However, this are some guidelines we can look to as to how public providers will behave regarding prices. In general, I believe public cloud providers will follow these rules in pricing:

This has been a relatively lengthy blog post, because I think price, despite all of the discussions, is an underappreciated aspect of cloud computing. To my mind, it is the most important characteristic of cloud computing, and the one all other characteristics flow from or are enabled by. As I noted in this blog post, everyone talks about how cloud computing enables agility, but the reality is that cloud computing makes agility affordable. Absent its cost advantages, its ability to enable users to more rapidly access resources and roll out applications would be meaningless.

We’re still early enough in the cloud computing revolution such that the realities of what its economic impact on running IT are not yet fully understood. As the new pricing levels and expectations are better comprehended, we will see an enormous shift in IT infrastructure investment and where applications are deployed. The next ten years will see more dislocation in IT than all the previous platform revolutions combined — and I may be understating the revolution.