In the world of corporate management, McKinsey plays the role of The Godfather’s Tom Hagen: a trusted advisor who provides impartial advice. McKinsey’s serves a constituency of one — the CEO — and performs research and provides recommendations to help him or her realize the maximum possible performance from the organization.

And anyone who holds the role of CIO must have been given pause by the recent McKinsey publication titled “IT’s Future Value Proposition.” The article discusses the results of a survey McKinsey conducted (n = 700+) regarding IT capabilities now and in the future.

It presents a stark view of IT as unprepared for the future: focused on the wrong things, incapable of addressing emerging company survival issues, and subject to displacement by outsourcing or third parties.

The article describes an economy undergoing a digital transformation, which requires every company to restructure the way it does business with new offerings. Unfortunately, CEOs don’t think IT is up to the job and are, as the saying goes, considering other options.

IT is good at the wrong things

IT’s role has traditionally centered on process automation and internal optimization. And, by and large, IT is pretty good at it. Looking at McKinsey’s chart of responses (see Figure 1), IT creates today creates value with Business-process enablement (45%) and Operational stability and management (39%).

However, within five years respondents expect those numbers to drop to 17% and 7%, respectively. In other words, the traditional activities IT have focused on are diminishing in value to the corporation.

Perhaps more disturbing is the implication of the next two categories of activity: Integrating technology solutions and Innovation. McKinsey characterizes this as “IT’s value proposition will shift dramatically, away from enablement and operations, toward integration and innovation.” In other words, McKinsey says that IT will be important, but deliver value differently.

I don’t see McKinsey’s conclusions reflected in the actual survey results. Over the next five years, senior management sees IT’s value in these two areas changing from 33% to 23% (Integration) and 23% to 26% (Innovation). To my eyes, that looks like a significant drop in one area and a minor increase in another.

Overall, looking at the chart, one is struck by a single message: a major drop in IT’s importance. It seems to be saying that IT will become a backwater — a cost center focused on activities not considered core to the activities of the larger organization.

IT does a poor job at activities of the future

McKinsey queried survey respondents about IT capabilities in four areas that the firm characterizes as “Critical for IT’s future value proposition” (see Figure 2):

IT barely cracked one-third in the very effective or somewhat effective categories. In other words, two-thirds of the respondents think IT does a poor job at the activities that will lead the larger organization into the future.

When asked who should be leading the move to using technology more effectively, a majority of respondents failed to select either the company’s CIO or CTO.

So IT is good at stuff not needed in the future, and poor at technologies and activities required for future corporate success. What should the CEO do?

Well, according to this survey (see Figure 3), over 40% of respondents believe that IT is subject to “significant or complete substitute.” In other words, get rid of the current way of doing things and find someone else to take on IT tasks.

If this reminds you of Gartner’s Bimodal IT concept, you wouldn’t be wrong. It’s telling to me how large a percentage of senior corporate management is ready to discard current IT practices (and people) and move in another direction.

I’ve seen many people — typically from the IT user or vendor side of things — dismiss bimodal as too simplistic or unsophisticated regarding the role IT organization and staff. In this formulation, it’s unfair that higher-ups look at IT as a lost cause and start thinking about how to bypass it with a new organization or an external vendor.

The message from the McKinsey article is “so what?” Yeah, it’s unfair that senior management doesn’t think much of IT, but, in the way things work in hierarchical organizations, the opinions that matter belong to the highers-up.

In my experience, when a senior executive forms an opinion, that’s going to dictate the direction the company takes. In other words, bimodal IT is a reality that is going to affect IT, whether it’s called that or not.

A ray of light?

Is there any hope in the great splodge of bleakness contained in this survey?

McKinsey states that the first step is that

“CIOs need to establish themselves as genuine business leaders and partners. At organizations where CIOs don’t have responsibility for key technology activities, IT and non-IT respondents alike tend to say it’s because the organizational context and culture limit the CIO’s role.”

The “organizational context and culture limit” that McKinsey identifies is companies where IT does not report to the CEO but instead reports to a subordinate position, typically the CFO. My comment to this is if you work in such an organization, whether you’re an individual developer or a CIO, this is the company telling you you’re not important and nothing more than a cost center. The correct response is to begin looking for a new job immediately. Nothing is going to improve this situation in any realistic timeframe.

The second step is that “the root causes of IT’s ineffectiveness must be addressed.” Elaborating further, McKinsey says

According to IT respondents, the most significant problems are a lack of clear priorities for the IT function, weakness in IT’s operating model, and talent issues. In fact, talent has actually grown as a root cause; respondents are twice as likely to cite talent issues now as they were in 2015. With the operating model, the key challenge for CIOs to solve is inefficient governance and work-intake processes. Just after that, IT respondents most often cite weak alignment between business and IT, unclear roles and responsibilities (both of which affect the clarity of IT’s priorities), and lack of a hybrid digital-IT operating model (which is needed for digital initiatives and solutions to work). By addressing these ongoing issues, IT leaders and their organizations will resolve three-quarters of the main reasons why IT isn’t performing effectively.

The diagnosis is that IT isn’t operating very effectively, and must improve its processes and talent.

A common response to this not-very-insightful recommendation is that IT would love to get better, but it can’t because of budget or existing commitments. This response won’t do. Of course it’s difficult. Of course it’s hard work to implement change in a brownfield environment. But, to paraphrase Tom Hanks from A League of Their Own, if it was easy, everyone would do it.

In my view, the biggest challenge for IT organizations in the next five years will be to redirect their existing focus and spend from low-value existing efforts (aka business-process enablement and operational stability and management) to, for want of a better term, digital transformation.

And that will require enormous effort to move away from maintaining existing practices to replacing them with lower-touch, lower-cost offerings. Senior IT leadership will need to look at every existing system, every application, and decide whether it adds differentiable value — not just for IT, but for the company as a whole — and if it doesn’t move it out of IT to somewhere else. A specialist service provider. A SaaS replacement. Some other way to run everyday processes that doesn’t cost as much and doesn’t take up staff time.

To be honest, I was surprised at how blunt the results of McKinsey’s survey are. Taken at face value, they portray an existential crisis for IT organizations. But McKinsey falls short of offering any solution to the real underlying issue: IT is now an inherent part of how our society and economy operates. Incremental improvement in IT practices (better alignment and improved operation models) is completely inadequate to the task facing companies — restructuring themselves to be IT-centric. 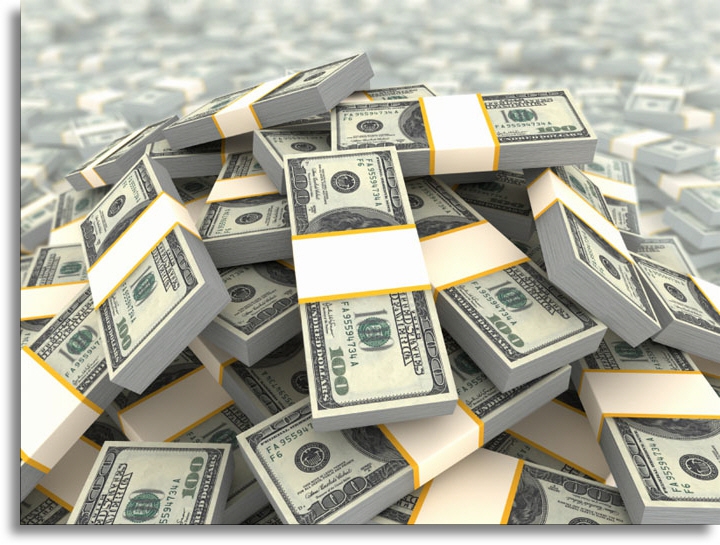