The Amazon Flywheel, Prime, and “The Greatest Showman” 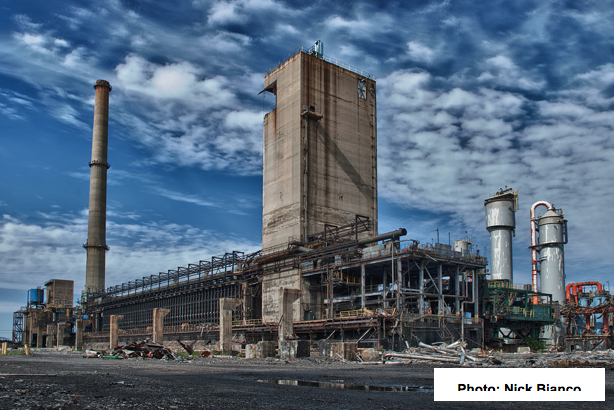 The big three cloud providers (Amazon, Microsoft, and Google, aka AMG) announced their Q3 numbers last week, and, as the saying goes, the box office was boffo.

Of course, we’re interested in how the AMG cloud offerings did. Here it gets a bit murky, since only Amazon explicitly breaks out its AWS revenues, which did quite nicely — $4.6 billion on a growth rate of 42%. AWS is now an $18 billion yearly business. Microsoft bragged that it now does $20 billion annualized revenue in its cloud business, but it lumps Office 365 in as part of that. Google’s cloud numbers are somewhat reminiscent of AWS a few years ago, in that it includes its cloud revenues in a larger category, which totaled $3.4 billion.

Here is a table that summarizes how the AMG quarter went:

I regard the AWS quarterly growth rate as the single most important metric in the cloud industry, because it’s a proxy for hyperscale cloud adoption. While many have predicted that number is about to fall to single- or low double-digits, there isn’t any evidence of it. And as long as AWS grows at near mid double-digit numbers, the shift to cloud is massive and undeniable. Here is a chart summarizing AWS results over the past couple of years. Note that the growth rate has been relatively consistent in the last four quarters.

What about incumbent vendors this quarter? The erstwhile stalwarts of the tech industry continued their string of sickly results. IBM saw reduced revenue for the 22nd consecutive quarter. HPE beat its estimates, with 3% revenue growth year-over-year. Cisco won’t report its results for two more weeks, but it undoubtedly hopes to turn around its seven quarter revenue decline trend.

Most of the commentary on the cloud numbers focuses on handicapping the prospects of AMG. Which one is biggest? Can Azure dethrone AWS? Can Google make it a three horse race?

AMG is the growth sector of the technology industry

To my mind, this misses the point. The really important thing about all these numbers is that all the growth in the technology industry now lies with AMG.

IBM’s spiral looks unending — its latest quarter saw it trumpeting how well its mainframe line is doing. Mainframe! Regarding HPE, little-noted in its latest earnings call was the fact that the company is now forecasting overall revenue growth of 0% – 1% (!). I don’t expect any of their peers are going to do much better.

All of this in a time of unprecedented growth in technology use. You don’t need Louis CK to know that we live in amazing times brought about by the infusion of technology into every aspect of our lives. Does anyone think that technology use is only growing 1% a year? Technology use is exploding, yet the big legacy technology vendors are MIA in the market when it comes to implementing it — or benefitting from it.

The takeaway is that AMG are the new pacesetters for IT. All of the growth in the tech industry resides with them, and they will increasingly define what is meant by IT.

I’ve written about how I view AMG as innovation platforms. Startups that understand the capabilities and advantages of cloud providers create new business offerings that address customer needs in a way that incumbent solutions cannot. Nothing prevented Blockbuster from creating a streaming video offering, but Netflix saw that running such an offering on a cloud provider changed the way you could deliver entertainment and the economics of doing so.

Those startups themselves can become innovation platforms with their own ecosystems — I was gratified to see an example of this when Airbnb announced it is going to release APIs for its services to allow others to innovate around short-term lodging rentals.

But there’s a different kind of innovation that AMG are driving, and it’s unique and limited to these providers. Simply stated, they have capabilities that no other user or tech vendor on the planet has, and those capabilities can be leveraged to deliver innovation unobtainable anywhere else.

A good example of this came up a week or so ago in a Facebook group of which I’m a member. A Google employee lauded his company’s commitment to open source, in contrast (he averred) to Amazon’s lower commitment to open source. This in the context of talking about how Google might release the code for its Spanner database under an open source license. I recently wrote about Spanner; part of my background is in database engineering, so I understand the challenges and constraints in the domain, and I regard Spanner as extremely impressive technology.

As someone pointed out, the code is only a small part of what’s necessary to make Spanner work. In addition, it requires highly performant data centers, dedicated high-bandwidth fiber optic lines, and atomic clocks at each location to ensure accurate time synchronization. In other words, admirable as releasing the product under an open source license might be, just having the code doesn’t really help that much.

I don’t want to comment on the inter-CSP bickering; it’s endemic to technology vendors and quite unremarkable. I do want to note, however, that delivering a workable Spanner-type system could only realistically be brought off by AMG. For anyone else the cost and technical complexity would make trying to implement such a system would be impossible.

Maintaining the position that making the code available realistically enables someone else to implement Spanner functionality would be like someone handing me a pair of running shoes like the ones Usain Bolt wears and telling me that I can now run a 9.58 100 meters. Bolt has the genetics, the training regimen, the ecosystem, and the single-minded drive of a great athlete. Me? I’ve got a pair of sneakers.

Similar to Google’s unique ability to deliver this kind of database technology are AMG offerings in these areas: IoT, event processing, machine learning, and commercial blockchain applications. I predict all of them will be the province of AMG and nobody else. Each requires investment and technical savvy beyond any other commercial entity. The recently announced intent by GE to get out of hosting its Predix business and rely on AWS and Azure is telling in this regard — if GE can’t afford to run an industrial scale offering, who can?

There is still tremendous innovation available in software, but it’s located at the interface of scale, investment, and technical nous, which are the bailiwick of AMG.

Disruption is just getting started

The kinds of financial results just announced indicate we’re in the early stages of tremendous disruption. The obvious disruption is within the ranks of technology vendors. I’ve already mentioned HPE forecasts essentially no growth going forward. Contrast that with this chart I prepared for my recent VMworld PEX keynote:

The Effect of Compounding at 60% per annum

While everyone recognizes that 60% growth is big, it’s easy to overlook the effect of compounding growth at that rate. Over a five year period that growth rate results in over 600% overall growth. That’s huge, and means AMG are going to become enormous companies.

What does this mean for incumbents? A miserable future. Zero percent growth may be overly optimistic in  an industry in which customer behavior and choices are so rapidly changing.

As it becomes clear that legacy tech vendors don’t have a path to growth, activist shareholders will step in (as they did with GE) and demand change — layoffs, divestitures, forced mergers, and private equity refinancings.

The flip side of AMG growth is massive adoption. Organizations leveraging the cloud innovation platform are reimagining products and services; the outcome of this will be large entities in restructured industries, with significant disruption along the way for those incumbents.

We are in the midst of a massive restructuring of our society and economy. It’s pretty easy to laugh at the Davos crowd, but I think its sponsor, the WEF, is onto something with its talk of the fourth industrial revolution. AMG will provide the computing substrate for the revolution, and this quarter’s financial results indicate the process is well underway.